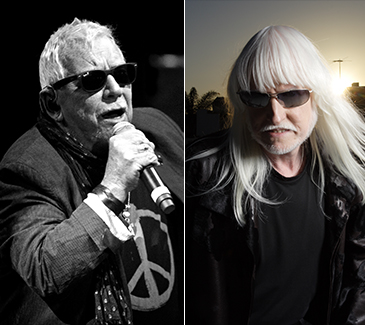 Eric Burdon & The Animals is an English blues and R&B singer who achieved his initial fame as the lead singer for the 1964 British Invasion group ultimately known as Eric Burdon and The Animals. Later he had hits fronting the band Eric Burdon and War. “House of the Rising Sun”, “We Gotta Get out of This Place”, “Sky Pilot” are some of the many songs he is most recognized for.

Edgar Winter Band is an American rock and blues musician. He is known for being a multi-instrumentalist — keyboardist, guitarist, saxophonist and percussionist — as well as a singer. His success peaked in the 1970s with his band, The Edgar Winter Group, and their popular songs “Frankenstein” and “Free Ride”.

All guests must be 21 or older.